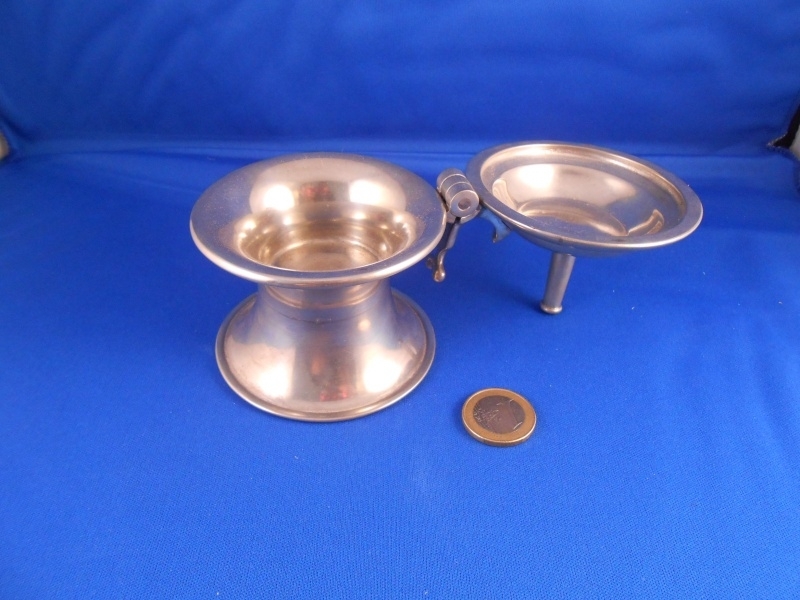 In the medieval period salt was a more valuable commodity than it is today and would have been displayed in splendid vessels. An item like this would only have been found in households of relatively high status. In such households the lord of the house would sit at the top table, along with his close family and most honoured guests. The remaining household and guests would sit on side tables with the lowest in status being farthest from the lord. In front of the lord would sit the salt and from this comes the expression still used today of ‘below the salt’, indicating a person of low rank. Salts of this type often occur in paintings from the second half of the 15th century and the first half of the 16th century. The original of our example was excavated at the abandoned medieval village of Walraversijde, near Ostend, Belgium. Unfortunately, this example was missing its lid, which we have reconstructed from a nearly identical salt in the Museum of Boymans van Beunigen in Rotterdam.