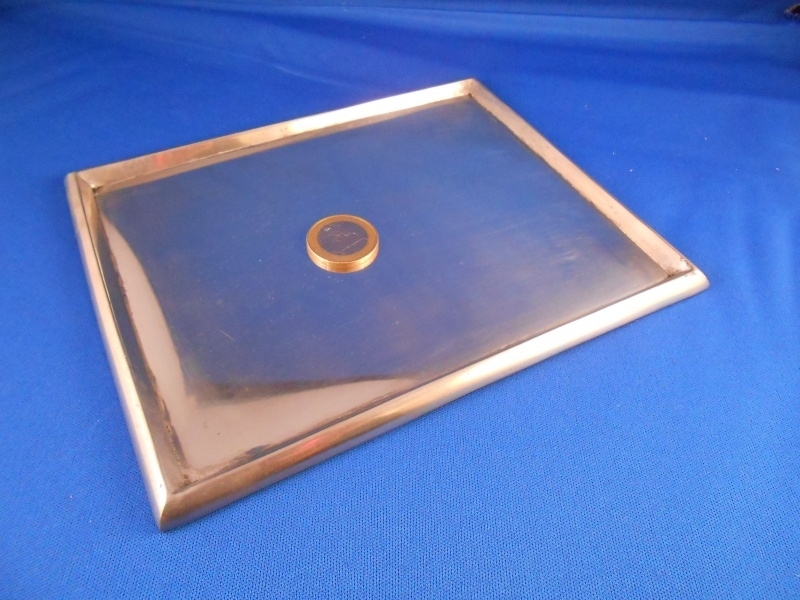 Plates from which one ate were unknown throughout the medieval period. Instead, ones food was placed upon trencher bread. This was four days old bread, which would, after the meal, (and having soaked up a certain amount of food), be placed outside the house for collection by the poor as a supplement to their diet. Beneath this trencher bread would be placed a trencher, which, for the majority, would be made from wood. For the wealthier classes however, pewter was preferred. Although few original pewter trenchers survive, evidence from paintings suggests that the rectangular version was in use for a very long period. From the late 14th century they are depicted in rich courtly settings, while, as would be expected, by the late 16th century they are depicted in more humble surroundings.

Taken from an original found in the Netherlands